The birth of CSJ-R, now USJ-R, brought a one-man library that catered to the needs of the original 940 students and 20 teachers. The library offered the passive and traditional service of providing materials to the members of the academic community. It adopted the closed-shelf system that made the collection not readily accessible to the users.

In 1980, the institution ventured into improvements through standards (accreditation), spearheaded by Rev. Fr. Blas Montenegro, OAR. The library underwent a thorough evaluation of its resources both human and material. At the time of the accreditation, the staff was composed of six professional librarians, one support staff and 29 student assistants. During the re-accreditation in August 1984, the library had increased its staff to 10 professional librarians, two support staff and 43 student assistants. Inadequacy of the collection was remedied through the efforts to build up, update, and enrich library holdings of monographs, periodicals and other non-book materials along the curricular, research, informational, cultural and recreational needs of the members of the community.

The library continuously introduced activities to lend support in carrying out the library’s aim in reference to the goals of the institution. It has expanded and developed in terms of facilities, it has acquired additional space that houses the technical services section and the storage for old but usable books.

The library underwent a major physical renovation that started towards the end of SY 1984 and was finished in the early part of 1987. Complete repainting of the entire library, as well as the re-polishing of tables, chairs and shelves were done.

Another major Library renovation took place from January 2002 to June 2002. Air conditioning units and new floor tiles were installed, steel mezzanines were constructed to house the old editions, new furnishings were acquired, new computers were purchased for the Online Public Access Catalog (OPAC) and for the CD ROM collections. Each librarian was provided with a computer.

A computer program, Library.Solution, was purchased in the second semester of SY 1999-2000 and was installed July 2002. This includes cataloging, circulation and the OPAC. This has been updated last September 2005 and will be updated this October 2006.

The library, as the very center of academic life takes pride in the institution’s achievements such as: the granting of University status in 1984, one of CHED’s Centers of Excellence for Teacher Education, one of the Centers of Development for Excellence in the field of Business and Management Education and the granting of the Deregulated Status to mention a few.

As of this writing (2006), the library has 14 professional librarians, two support staff and 60 student assistants.

With the administration’s all – out support, the Library reiterates its commitment to be truly responsive to the needs of the members of the academic community and to assist the University in attaining its avowed goal- Quality Christian Community- Oriented Education. 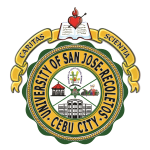