Eighteen professionals from Region VIII were conferred with their masteral degrees on Business Management (MBM) by the University of San Jose-Recoletos (USJ-R) on May 3.

They are the first batch of Josenian MBM graduates from an off-campus program in the Eastern Visayas. The class is composed of officers from various electric cooperatives which are member-organizations of the Federation of Rural Electric Cooperatives (FRECOR). The said coalition supplies energy to Renagmec Power Corporation.

The electric cooperatives sponsored the continuing education of their selected employees. MBM is a graduate school program which provides theoretical and practical training on general business management functions.

Here are the new graduates: 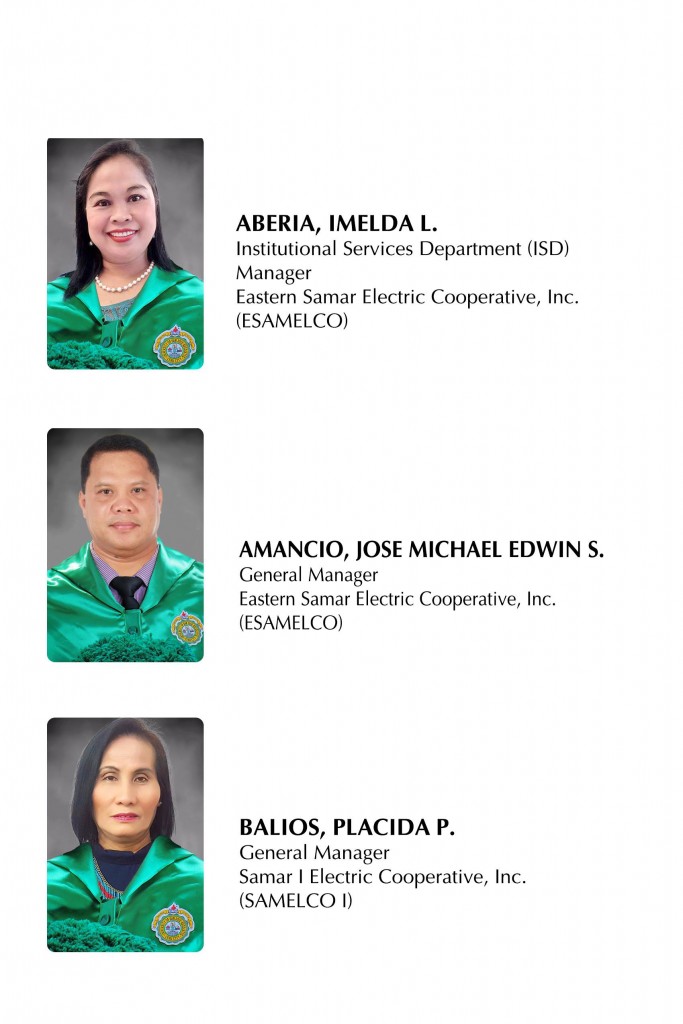 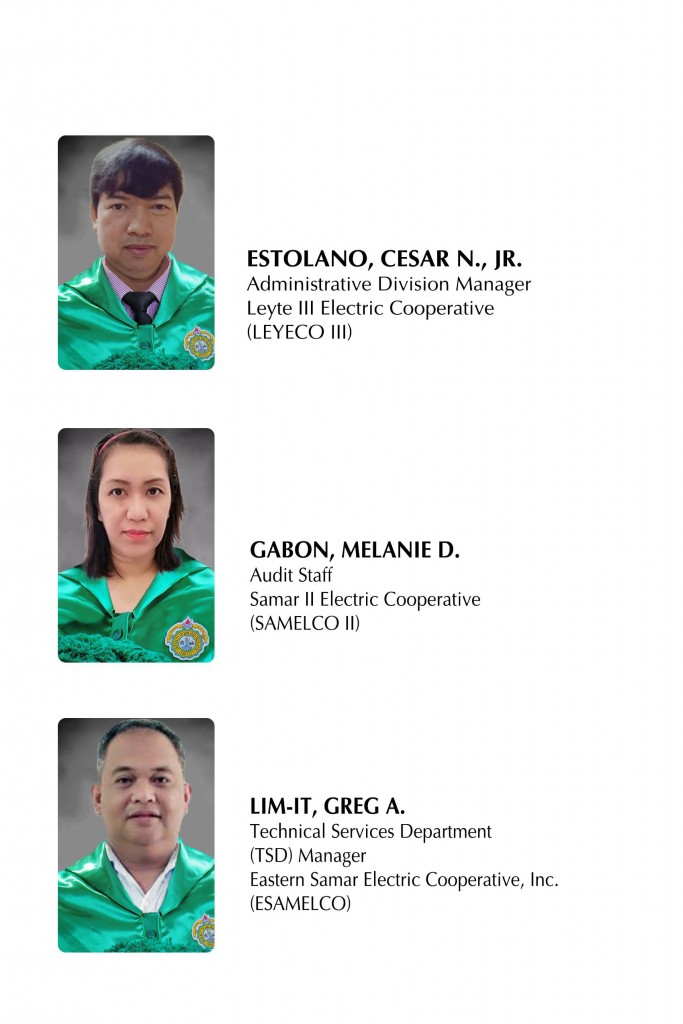 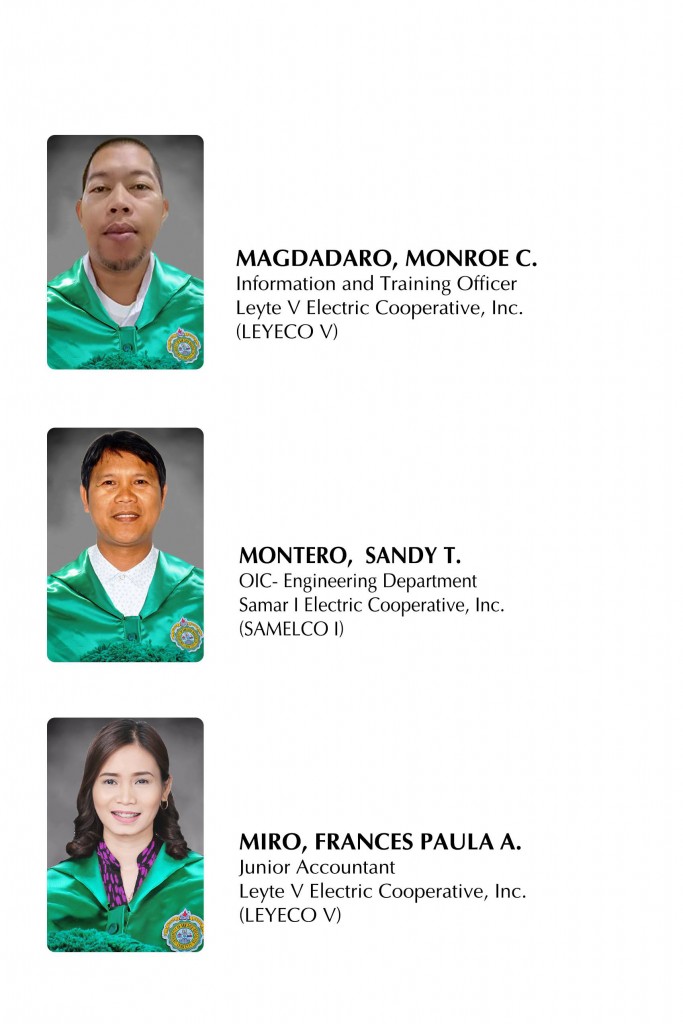 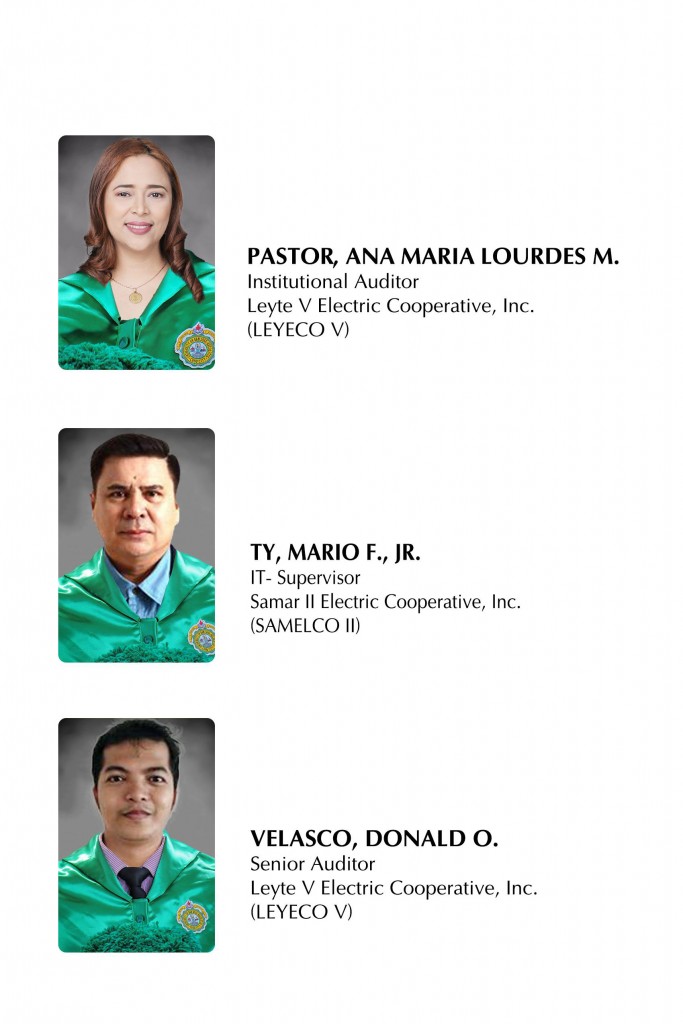 The classes were held every weekend.

“You have made it very accessible. With USJ-R, iba ang tatak Caritas et Sciencia,” he said in his speech.

Atty. Emmanuel Sano, general manager of FRECOR, said that he is looking forward for USJ-R to expand its off-campus MBM program offering beyond Eastern Visayas.

Aside from the one in Tacloban City, USJ-R has three other off-campus MBM program sites. These are in Bacolod City, Timex, and Knowles in MEPZ, Lapu-Lapu City.