A 23-year-old Tourism associate graduate of the University of San Jose – Recoletos bested forty beautiful ladies from across the country and won the coveted Binibining Pilipinas – Universe crown.

She is the second Cebuana to win the crown. The first Cebuana was Pilar Pilapil from Liloan town who was crowned Miss Universe Philippines 1967 as reported in the local dailies. It has been 52 years since a representative from Cebu won the title. 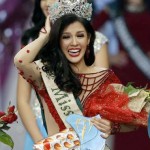 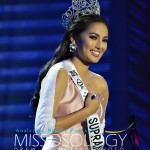 Meanwhile, Ganados is the third Josenian to win a national title in the pageant industry.

The first one was Jamie Herrell who won Miss Earth Philippines 2014. She, later on, won its international version and was named Miss Earth 2014. Herrell was a student of mass communication in USJ-R.

The second one is Rogelie Catacutan who won Bb Pilipinas 2015 Supranational. In the international arena, she made it into the top 20 of the Miss Supranational 2015 which was held in Poland. Catacutan is a nursing graduate of USJ-R.