Law experts representing the government and the NGOs shared their thoughts on the withdrawal debates about the country’s alleged withdrawal from the International Criminal Court (ICC) during a Justice Forum held at the University of San Jose-Recoletos on Friday, October 12.

According to Tricia Buendia, IBP Secretariat, the main purpose of the event is to promote awareness about the  pressing issues of today.

“We don’t really have a stance here (because) what we want is basically information dissemination lang. It’s up to the audience to decide on which side (of the issue) they are on,” Buendia states.

This is already the fourth leg of the regionally organized justice forum by the Integrated Bar of the Philippines (IBP) 3rd Board of Governors. It is in partnership with the IBP Eastern Visayas,  IBP Cebu,  and USJ-R School of Law.

Prior to USJ-R’s, a forum on ICC withdrawal was also done in Dumaguete City while other  IBP organized fora were held first in Metro Manila (NCR) and in Bacolod City regarding the issue on Charter Change.

The International Criminal Court (ICC) as defined by globalpolicy.org is tasked to “bring individuals to trial who commit large-scale political crimes – genocide, war crimes, and crimes against humanity” while the  Duterte’s administration alleged termination of membership to ICC has reportedly garnered opposing views and questions of validity. 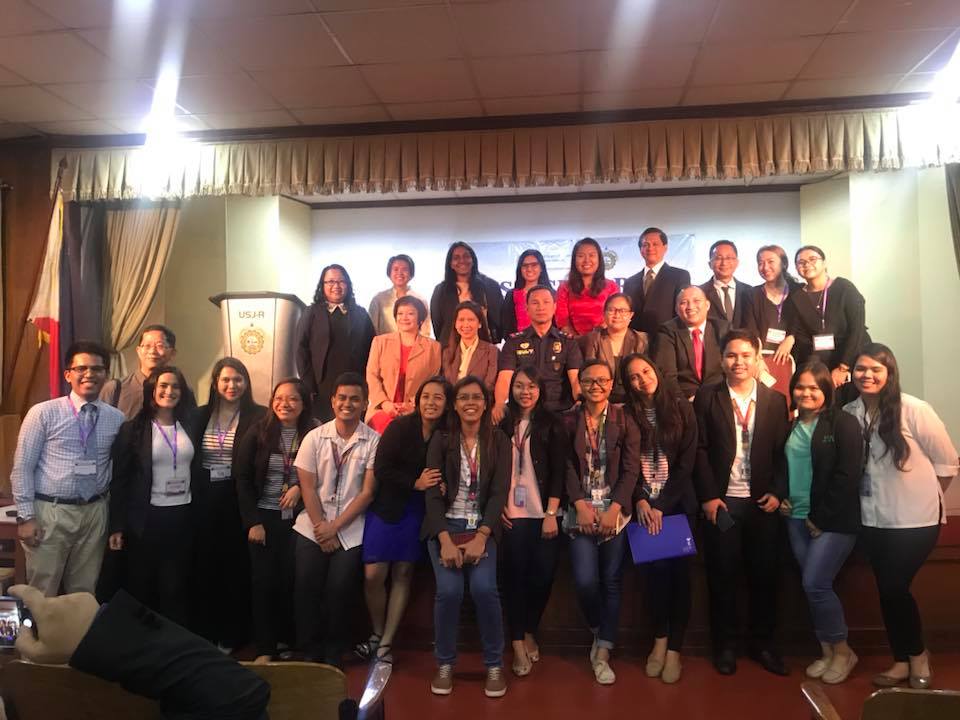 Josenian law students pose with the lawyers who served as resource speakers for the 4th Justice Forum.

Atty. Pereira, in his speech, assured that the government is still willing and able to fight impunity.

Included in his presentation was the PNP Patrol Plan 2030 Road map containing strategies on how can the PNP improve crime prevention and crime solution, consequently secure a safer community for the Filipinos.

Atty. Emmerlynne Gil, on her part, lamented on how can extrajudicial killings fall under the jurisdiction of the ICC and how the Philippines should hoist itself from being in the “deep sate” of impunity.

“A situation in which the people believe that it is just okay to kill, to rob, and to lie without being accountable nor being sued, and being imprisoned-that’s impunity,” she said.

The question from the audience on whether or not the withdrawal has negative effects to Filipinos working abroad (OFWs) garnered contrasting answers from the speakers. Atty. Gil explained that membership to the ICC is an insurance for the future Filipinos.

” If the government shows that the courts are working to prosecute the alleged perpetrators, indeed dili na kinahanglan musulod ang ICC,” she said.

The lady lawyer continued that the real issue lies on the fact that the act of withdrawal actually affects the Philippine’s standing to the international community.

Meanwhile, Atty. Pereira firmly believed that the Philippines is not really affected.

“Our court is strong, yet they want to come in,” he said.

Atty. Mundlyn Misal, Chapter President of the IBP Cebu, featured the essence of respect in her closing remarks.

“We have different views and we may voice out different opinions, but respect we must, as an independent nation,” she concluded.