Psychology graduate Mary Grace Manlunas has the highest rating among the five topnotchers of the October 2018 Psychometrician Licensure Examination who came from Cebu-based universities.

She scored a passing rate of 81%, which is only two percent lower the top 1. Nationwide, she ranked seventh together with two others from the University of Sto. Tomas (UST).

The passers who garnered the 10 highest places are the following: 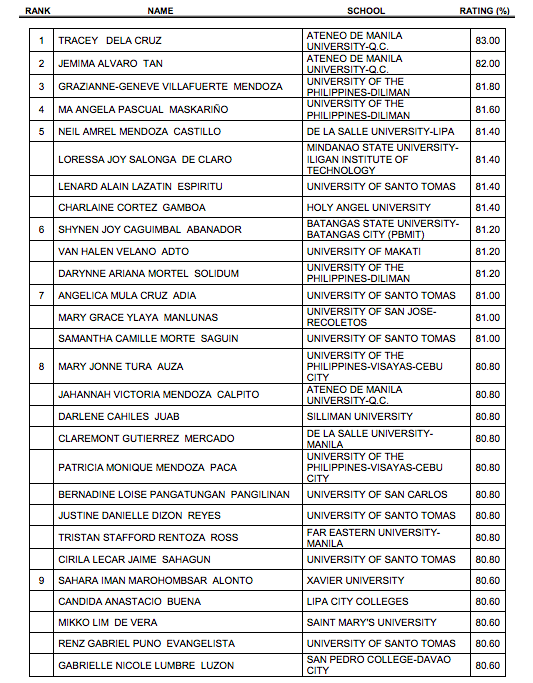 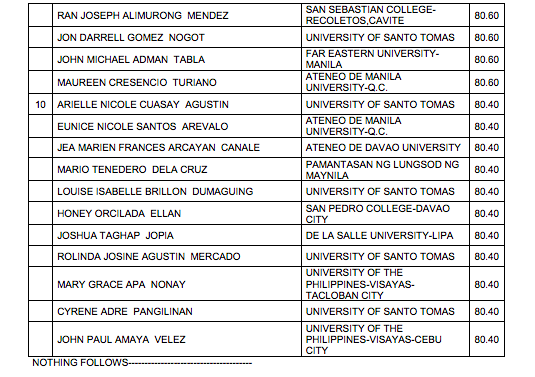 Manlunas finished her studies at the University of San Jose-Recoletos last March 2017. She is a citizen of Cebu City who was able to go to college through a scholarship provided by the Commission on Higher Education. In addition, she is also an academic scholar of the university who enjoyed tuition discounts depending on her grades.

Recalling her preparation after college, the 22-year-old topnotcher said that she had to get ready for the licensure exam for over a year due to her eczema. It is a medical condition in which patches of skin become rough and inflamed, with blisters that cause itching and bleeding, sometimes resulting from a reaction to irritation but more typically having no obvious external cause. Her condition affected her preparation.

She stressed the importance of being holistically ready if one aims to pass and excel in the examinations especially that majority of the questions require analyzing situations and coming up with the best solution in the psychological perspective.

Moreover, Manlunas emphasized the value of “self-care” during the review period.

She continued that she was determined to pass the test because it has always been her dream to become a psychologist. Passing the psychometrician board exam is a step she has to overcome before she can reach her career goal. She added that USJ-R provided her a strong foundation which helped her during her reviews.

In the future, Manlunas further aspires to practice clinical psychology and share what she has learned in an academic institution.

However, only 47.73% of the college graduates who aspired to be licensed psychometricians like Manlunas cleared the two-day standardized examination. As reported by the Professional Regulation Commission (PRC), only 4,035 out of 8,453 passed the Psychometrician Licensure Examination administered by the Board of Psychology in Manila, Cagayan De Oro, Cebu, Davao, Iloilo, Legazpi, Lucena, Tuguegarao, and Zamboanga last October 2018.