College of Commerce dominated the 2019 USJ-R University Days board game competitions after winning two championship titles on scrabble and chess. 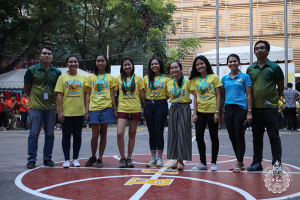 The College of Commerce team was awarded as the champion of the Scrabble – Women Category.

Accountancy student Dianne Lim, a part of the winning scrabble team for women, said that their team is beyond blessed for winning this competition.

They went through a lot of practices, which include the weekends and even the holidays from the month of August. Their team expressed gratitude to the Almighty God to whom they owe their intelligence and skills. They’re also thankful for their mentors namely Heno Rey Chin, Rosemarie Jacalan, and Minerva Trangia for guiding them throughout their training and during the competition. This gratitude goes as well to their parents for supporting them. Lastly, she is grateful to her teammates for executing good coordination.

Meanwhile, the members of the winning chess team for men rejoiced for avenging the loss from the 2018 match according to Accountancy student Roxy Miranda. He recalled that the College of Commerce held its title consistently except last year.

Miranda narrated that before the tournament, their team used the Saturdays and the day before the opening of university days for practices. 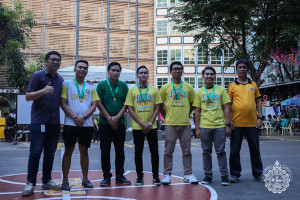 The College of Commerce was awarded as the champion of this year’s Chess – Chess Category.

During the competition, he recalled that their team struggled most with the team from the College of Law.

On the other hand, Jullifer Joseph Tuba – a first-year engineering student didn’t expect that they would become the champions for the men category of the scrabble games. He said he did not anticipate that they can beat the College of Commerce, given the latter’s history of wins.

For their preparations, Tuba shared his learnings as an experienced Scrabble player to his teammates. He has been playing the board game since grade school. Their team only met thrice to practice as a team. He was also thankful to their coach, Ma. Teresa Barola.

Feeling the responsibility to uphold the title, Saturdays were reserved for their practices since July as well as the school holidays. Sometimes, they can’t meet completely because they have different schedules and some would attend important activities but they still pursued.

Colindres narrated that they’re pleased with their alumni for guiding them throughout the tournament and they personally handled the team. Their team was also thankful to their coach Jonecis Dayap.