They are Vingenr Tan and John Willace Tubalde. The contest was held from July 12 to 21. 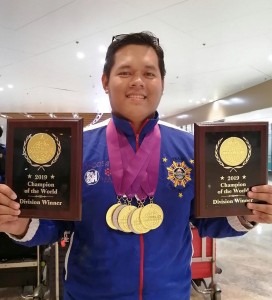 On the other hand, Tubalde won four gold medals, two silver medals, one bronze medal, and two plaques for being named ‘champion of the world’ – division winner.

Tan and Tubalde are not the only ones from Cebu competing in the prestigious event.

They were joined by Majolica Santos, Christian Cayobit, Marl Dowling, and Erneville Vinculado. Team Cebu was together with their coordinator and Coach Sandra Namocatcat, who was assisted by vocal coach Denis Namocatcat. The group’s National Director is Gerry Mercado while the assistant National Director is Annie Mercado. They were the ones who screened the contenders from all over the Visayas. 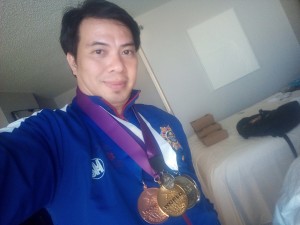 The WCOPA Philippine representatives were also given a workshop by the award-winning singer Jed Madela, the first Filipino won the ” Grand Champion Performer of the World” title in WCOPA 2005. He is also the Visayas Coach and Coordinator.

According to Tan, the contestants were from 74 countries. Meanwhile, there are 126 delegates from the Philippines competing for the different categories.

WCOPA is the only Olympic-style international meet for aspiring performers that is held annually. It is not just a singing competition. It will also pit musicians, actors and models, dancers and variety artists who will compete before judges from the entertainment industry. “It is said to be an entertainment capital of the world.”

For Tan, joining the WCOPA 2019 was his dream. His WCOPA 2019 journey taught him a valuable lesson which is to actualize one’s dreams.