The University of San Jose-Recoletos won the grand slam title during the 2019 International Travel Festival (ITF) held at Ayala Center Cebu on July 13, 2019.

USJ-R is the first school which obtained the ITF title for winning four consecutive years. 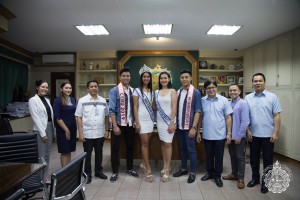 They were trained over a month including an intensive training on pasarela (walk and projection) as well as Q&A by their coach, Al Radomes.

According to Radomes, who is also a university professor, he has done what he needs to do after winning last year and that he decided not to compete this year. However, he challenged himself to join once more in order for USJ-R to be the first school to win the grandslam title. Thus, he stepped up with the challenge and decided to join again with the full support of Dean Edgar Detoya of the College of Commerce and Chairman Reo Yamuta of Tourism and Hospitality Management Department (THMD).

“As long as the school is willing to support, there’s no reason for us to say no. Definitely we will be back for next year,” he said

He added that time is always a challenge in preparing for the event. However, he have always been very passionate of what he do. He have mentored four successful Miss CESAFI candidates, four Miss Tourism crowns, and four crowns for Miss USJ-R Intramurals.

“Sash Factor – we always have this advantage. Establishing our name for three years was no easy feat. When everyone knew USJ-R is still joining, you know every school needs to step up on their game. What he felt this year was pure excitement and relief, knowing that USJ-R is still the school to beat,” Radomes said. 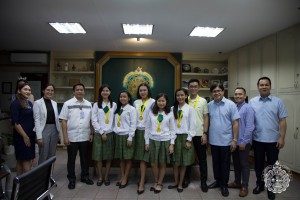 In addition to winning the pageant, the USJ-R Team 9 won as the Champion in the ITF Quiz Bowl. The members are Alexis Berdin, Shyne Guerra, and Josel Arong. USJ-R Team 5 also won as the third place in the quiz bowl. It was composed of Noverose Cabillan, Ralfh Lewey Saavedra, and Shaira Abrenica.

USJ-R also finished as the champion of the Dance Palabas 2019 category.

The ITF is an annual travel fair in Cebu which is intended for travel enthusiasts. It provides discounted travel deals to experience the different wonders of the world.  The event was organized by MyEventology in partnership with Tourism and Hospitality Educators Association in the Visayas.