Cebu-based IT org bags two national awards in a month

Under the leadership of a Josenian college dean, Cebu IT BPM Organization ( CIB.O ) was conferred with two national distinctions in the month of November alone. 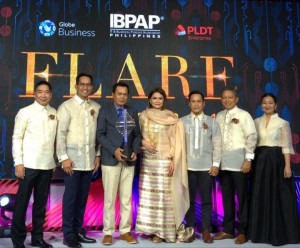 The first one is called the Sapphire for Brilliance Award. It is given by the Information Technology and Business Process Association of the Philippines (IBPAP) for CIBO’s “pivotal role for continuously and creatively accentuated the competitive edge of the Philippines IT-BPM Industry.”

In a separate event, CIB.O was named ICT Council Countryside Development Champion for 2018. It was conferred last November 24 during the National ICT Council of the Philippines (NICP) Summit at the Avenue Convention Center in Naga City.

The recognition is for the organization’s role in “passionately investing time and effort on discovering emerging locations and strategically developing Next Wave Cities.” CIB.O is the first ICT Council of the Philippines and was founded in 2001. It was formerly called Cebu Educational Development Foundation for Information Technology (CEDFIT).

At present, CICCT Dean Dr. Gregg Victor Gabison of USJ-R serves as its president. The organization which he leads served as the model of success for the growth of the IT/BPM industry outside of Metro Manila according to CIB.O Managing Director Wilfredo T. Sa-a Jr.