Starting this year, six new religious administrators have joined this institution and have taken the helm in the direction of actualizing the university vision of becoming a premier Gospel and community-oriented educational institution.

Get to know the new friars! 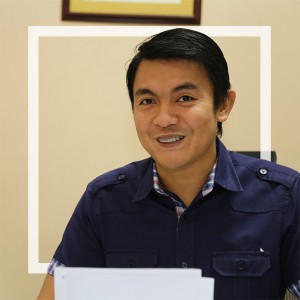 Rev. Fr. Leo G. Alaras, OAR is a Batangueño who was ordained as a priest in 2010. He was first assigned as the Campus Ministry Office (CMO) Director in Colegio de San Nicholas de Tolentino-Recoletos (CSNTR) in Talisay City, Negros Occidental. He was later appointed as the treasurer and Property Administrator of the same school from 2011-2015.

At present, he is taking his Ph.D. in Education major in Administration at Silliman University.

On a lighter note, Fr. Alaras is also a composer. He started in 2001. So, he enrolled himself in the Conservatory of Music in UST, major in composition. Among his known compositions are Magnificat, Panginoon Tanggapin Mo, and his own version of Our Father.

He is also fond of playing basketball and table tennis, which according to him he only learned when he was in the seminary in Baguio back in 1998.

“Actually, my trainer was Fr. Roy Baluarte…” he revealed.

Fr. Alaras also said that he is a fan Harry Potter, Ant-Man, and Hachikō. As the new Vice President for Academics, Fr. Alaras envisions the university to become a research university and to be internationally recognized in addition to the school’s Recoletos Industrial and Technological Training Center (RITTC).

“As the VP Acad, it’s more on strengthening more the academic culture of the university, which is actually manifested in the board passing performance of our graduates,” he added. 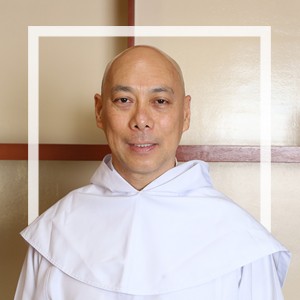 Rev. Fr. Rouel M. Sia, OAR is from Ozamis City. He was a graduate of AB Philosophy (Classical) in Casiciaco Recoletos Seminary on 1989. He finished high school at the University of San Jose-Recoletos (USJ-R) in 1984.

Before serving as the VP Administration of USJ-R, he was a parish priest in Kaohsiung, Taiwan in 1995 to 1997. He also served as an assistant parish priest in Talisay City, Cebu in 2006. Moreover, he was the school procurator from 2009 to 2012 at the Colegio de Santo Tomas-Recoletos in San Carlos, Negros Occidental.

Fr. Sia does mountain climbing and trekking. He also plays the sports tennis. 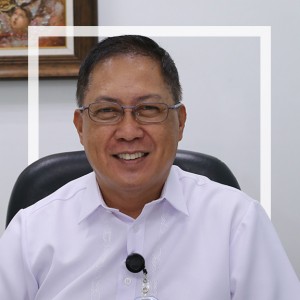 Rev. Fr. Leopoldo V. Estioko, OAR was born in Negros Occidental and was raised in Bacolod City. He finished Bachelor of Science in Mechanical Engineering at the University of West Negros.

In 1984, he entered the seminary. According to him, he first applied for the Oblate of Mary Immaculate (OMI) but was not accepted.

“One of the OAR priests knew what happened and told me to take a test for the OAR congregation in Casiciaco in Baguio,” he recalled.

Then, he was ordained as a priest on 1991. He then served as the school treasurer at the University of Negros Oriental-Recoletos (UNO-R) from 1991-1997.  After, he taught Agri-Engineering back in UNO-R.

Fast forward, he was assigned as a Novitiate Master in Antipolo from 2015-2018.

On the lighter side, Fr. Estioko enjoys painting and had produced at least 10 creations with subjects like still life, landscape, and portraits.

“For me, painting is therapeutic. Things I couldn’t tell my brothers, I can express in painting,” he explained.

The new VP Finance is also into pastel colors and RnB particularly highlighting his fondness of the song Price Tag by an English singer and songwriter Jessie J.

When asked of his favorite movie, he was fast to rejoin the cartoon character Popeye, Tarzan, and Lion-King.

As a local prior, he emphasized that the primary focus should be prayer life.

“We are here to live a life of holiness; we are not only here as administrators,” he said.

In the university, he aims to strengthen the Leccio Divina. It is a traditional Benedictine practice of scriptural reading, meditation, and prayer intended to promote communion with God and to increase the knowledge of God’s Word.

“I want the (accounting) staff here to not only focus on numbers, but they should also have hearts: to know how to feel and learn how to care,” he said.

“We are persons with faculties: mind and emotions, it should be balanced.” 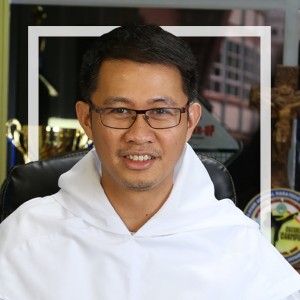 Rev. Fr. Roy Baluarte, OAR was ordained as a priest in December 2009 at Our Lady of Consolacion Parish in Quezon City. After which, he was immediately assigned as the assistant Parish Priest in the island of Casian, Palawan.

In 2014, he was assigned as a missionary in Africa.

Prior to his assignment in USJ-R, he was assigned as the Spiritual Director of Sto. Tomas de Villanueva -Recoletos Formation House. He took charge of the seminarians’ monthly confession. At the same time, he was also the school chaplain who administered the daily mass and students’ monthly recollection. He also taught Religion education to senior high school students in 2016.

On a lighter note, Fr. Baluarte is a fan of Latino music, particularly of the Spanish artist Enrique Iglesias. He also shared that he really likes sky blue because it is a Marian hue.

Surprisingly, he is not into movies and would rather choose reflection books for pastime. Moreover, he is into table tennis for physical exercise.

“Sports is about a lot of things. It can help one release tension, develop a healthy lifestyle, bond with friends, and aids for formation character,” he explained.

As the new VP for Religious Affairs, he advises the students to value their studies.

“As students, even if you’re driven by so many passion, learn to prioritize, focus, and sacrifice,” he said.

He also envisions centralization for scholarship and to strengthen the university’s athletics particularly enhance the skills of the athletes.

“Let our knowledge beyond scaffolding, beyond edifice.” Rev. Fr. Arian Josef Ocheda, OAR hails from Pandan Antique and is popularly known as “Fr. QQ” among his colleagues. He is a graduate of AB Philosophy from Casiciaco Recoletos Seminary and of BA Theology from the Recoletos School of Theology in  Quezon City. He finished both studied in 2008.

He had his Diaconal Ordination at Our Lady of Consolacion Parish-Recoletos in 2007 and had his Presbyteral Ordination two years after.

He is also finished his masters degree in Theology in 2009 at the San Sebastian College-Recoletos. From 2016 to 2018, he had his Patristicum (Latin Language) and Licentiate in Theology at Pontifical University of Sto. Thomas in Rome, Italy.

In 2009, he was assigned as a local procurator at Our Lady of Peace and Good Voyage Parish in Antipolo. later on, he became the Parochial Vicar of the same parish in  2012 until 2015.

He was also the Vice President for Finance and Community Liturgist during his assignment at San Sebastian College-Recoeltos, Cavite City.

He pursued further studies as a foreign student at Collegio Internazionale si Santo Tomasso di Villanova from 2016 to 2018.

For Fr. Ocheda, it is but a good action to use one’s God-given talent in order to help the school in a liturgical and spiritual aspect.

This 37-year-old priest is a lover of macaroni chicken salad and is also a football player. In terms of a movie, he prefers historical actions to include the movies: Brave Heart by Mel Gibson, The Patriot by Roland Emmerich, and Passion of Christ. He would take the ‘green’ as his favorite color and prefers to listen to meditative music for relaxation.

“We need God’s grace. Let us follow the path from the saints, the teacher of our faith.” 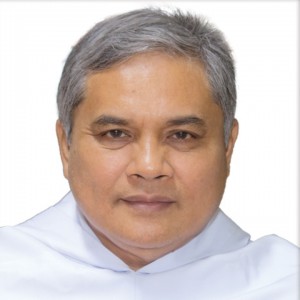 He earned his college degree in 1983 at Seminario Mayor-Recoletos in Baguio City. Then, he had his masters degree in Psychology at the University of San Jose-Recoletos.

He spent his novitiate and ‘simple profession’ at Seminario Mayor-Recoletos from 1983 to 1984. Later on, he had his ‘solemn profession’ in 1987 at the Agustinos Recoletos in Navarra, Spain.

Fr. Saladaga was ordained as a Deacon on November 13, 1987 in Spain and had his Sacerdotal Ordination on October 16, 1988 at Our Lady of Mount Carmel Parish-Recoletos in Cebu. Due to his exposure in the West, Fr. Saladaga knows how to speak in English, Spanish, and Portuguese.

In 1988, he was first assigned as an Assistant to the Vicar Provincial of Bahay Toro in Quezon City. Six years after,  he became a missionary of Prelature of Labrea in Labrea, Amazon, Brazil. He was then assigned as the Parish priest in Carmel-Parish-Recoletos in Cebu City in 2001 and became the Local Prior/Parish Priest in Consolation Parish-Recoletos in Cavite City.

After being assigned as a parish priest, he also served as the Vice-President for Finance in San Sebastian College-Recoletos in Cavite City in 2012 and was also the Assistant Parish Priest and Local prior in 2015  at the Our Lady of Peace and Good Voyage Parish-Recoletos in Delpan, Tondo, Manila.

Written by Wenilyn Sabalo and Lorraine Mitzi A. Ambrad