The basketball team of the University of San Jose – Recoletos, which was chosen to represent the Philippines, finished with a record of 3 wins and 2 losses securing the 3rd spot for the over-all ranking, following Hong Kong and Taipei College teams.

The Xiamen International Colleges Basketball Tournament is among the activities slated by Asian Universities Sports Federation (AUSF) and Asia Pacific University Sports Union (APUSU) toward the 2017 year end. This tournament was participated by Taiwan, Malaysia, Singapore, and the host team China. 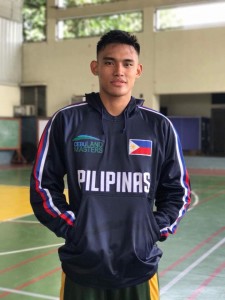 As one of the 12 men to experience that opportunity, Tricky Dyn Peromingan is one of the subjects for sports-talk. Entering in his fourth year as two-guard/wing man for the Jaguars, he has emerged as one of the brightest stars in the Josenian brand of athletes.

Tricky was a core member in the Jaguars team that secured the third place in the 17th Cebu Athletic Foundation, Inc. (CESAFI) Tournament. He also helped propel the Cebu Landmasters to third place in the Recoletos Invitational Cup, wherein the Jaguars battled against PBA powerhouse teams NLEX Road Warriors and Meralco Bolts. He also dropped 19 points in a game against CESAFI champions University of Visayas Green Lancers, which helped the Jaguars claim the bronze medal.

Interviewed one-on-one by The Purveyor, Tricky recalled his own experience playing in China.

“The very first one is the pride that we have as Filipinos. It is important for us to bring something that will make not only the Cebuanos but the Filipinos, as a whole, proud and happy for the country. Next are our families who have always been there to support us,” he said when asked what were his motivations.

Tricky was fast to admit that height, environment, climate and language were the biggest hardships they had to deal with during the tournament. 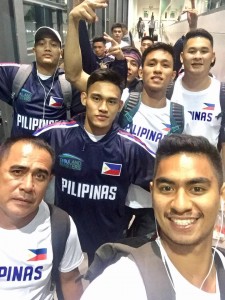 USJ-R Jaguars pose when they were bound to Xiamen, China

Furthermore, he admitted that their opponents were indeed skillful which tightened the battle. Tricky believed that what advanced their team to the top three is their running skill, which was strategized by their former coach, Jun Noel.

Considering that it was the first international basketball tournament that the Jaguars had played, Tricky admitted that the team had a strong collective desire to make USJ-R an internationally acknowledged basketball team.

The team’s experience had strengthened the bond of the team not only as playing buddies but as well as a family.  With their experience in Xiamen, Tricky is positive that the Jaguars are more matured and mentally-ready for the battles ahead.

Written by Wenilyn B. Sabalo (The Purveyor Publications)