Both the college and senior high teams were hailed overall champion in their respective categories.  Individual awards were also given. 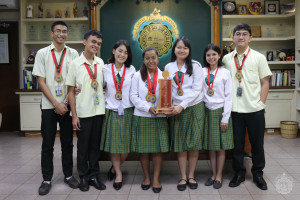 The competition was held on October 25 to 27 at Silliman University.

It was the third time that the Senior High Debastistas competed and won the championship. The same goes with the College Debatistas. It was their fourth time to compete and win the tournament. This makes them the grand champion for four consecutive years.

Their opponents in the finals were UP Visayas Ilo-Ilo and UP Visayas Miagao. The Josenian Debastistas described their experience as tough and challenging.

“One of the biggest challenges that I encountered was facing my opponents because I considered them as veterans in the debate,” said Alcomendras. 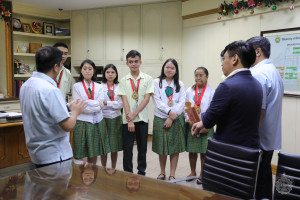 The team had a courtesy visit at the Office of the University President on November 29, 2019.

After this achievement, the Josenian Debatistas together with their coach Mr. Philip Hope Mamugay are on their feet for a national tournament that will be held at the Philippine Science High School in Butuan City.