Effective this year, the bridge which connects Barangay Mambaling to the South Road Properties (SRP) is now named

This after the Cebu City Council passed the ordinance naming the said bridge on June 25. It is located along Francisco Vestil Street. Damazo was the scoutmaster of the University of San Jose – Recoletos (USJ-R) from 1953 to 2009 according to Yolandito Cagang, the current university scoutmaster. 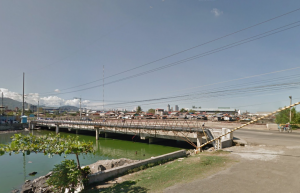 As early as 2011, the high school alumni community of USJ-R launched a signature campaign to urge the city council to name the new Mambaling flyover after Damazo. USJ-R alumnus and lawyer Paul Oaminal said in an interview that Damazo was a “scouting icon” in the Visayas and Mindanao. Naming the bridge after him “would remind the people of the values of scouting, primarily the sense of punctuality and discipline.”

Cagang recalled that the effort did not come into fruition at that time because of two main factors. First, the flyover over was a national project and therefore the city government has no authority to name it. Second, an honoree should have been dead for at least five years before a government infrastructure can be named after him. Damazo died on May 2, 2009 and therefore failed to meet the second requirement.

On the tenth death anniversary of the Scoutmaster, Oaminal wrote a letter to the council and requested the latter to revive the proposed ordinance and act upon it now that the five-year period has complied. This time, the legislative move was authored by James Anthony Cuenco.

USJ-R scouts pose with the members of the Cebu City Council after the ordinance naming Mambaling bridge after Damazo was approved.

The city council responded positively and passed the ordinance on the last session of the 14th Sangguniang Panglungsod. It was approved as a tribute to Damazo’s “exceptional contributions” to the academic and youth sector of Cebu.

USJ-R, too, has paid tribute to the Scoutmaster through the establishment of Museo de Sergio Damazo Jr. which is located at the Basak campus.